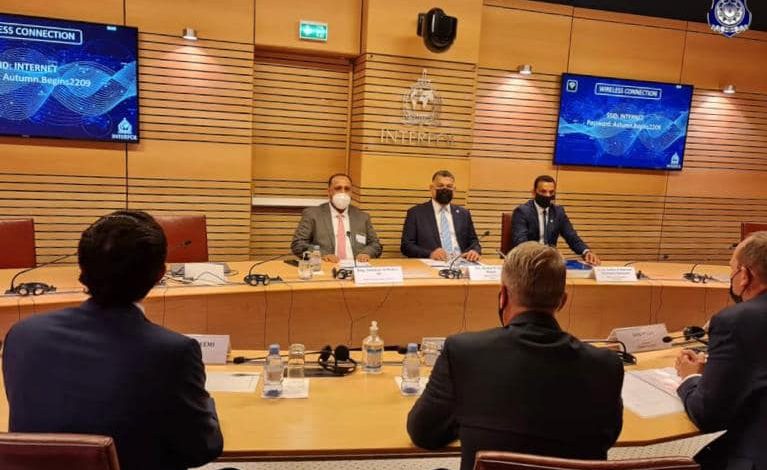 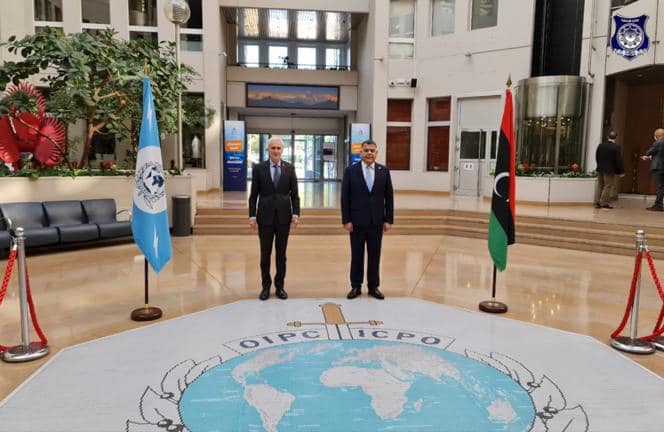 During the meeting, which was held at the Interpol’s headquarters in Lyon, France, both sides discussed a number of security issues including fighting terrorism, illegal immigration, and corruption, in addition to cooperation and coordination between the Ministry of the Interior and Interpol to implement security operations.

Members of the Presidential Council met with the Prime Minister

An arrest warrant issued for the director of the Libyan…

The Prime Minister conducted an inspection tour to the Police…

The Minister of Culture and Knowledge Development released from prison