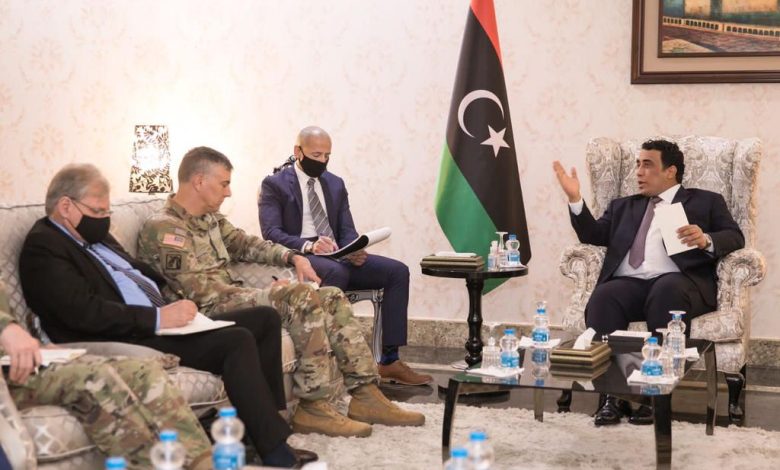 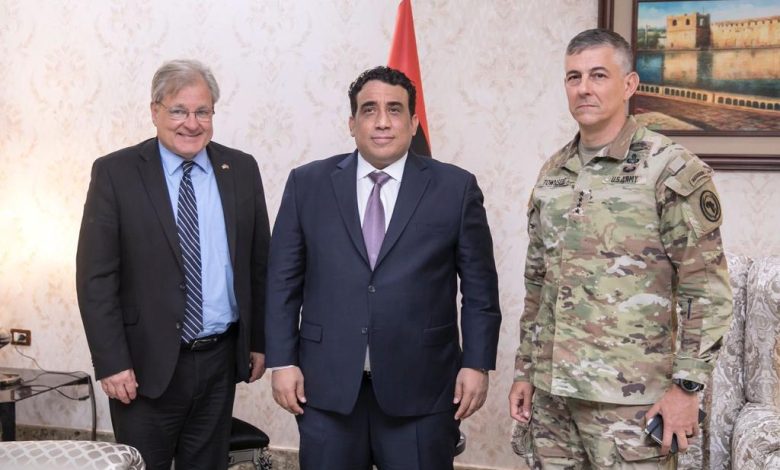 The head of the Presidential Council, Mohamed Al-Menfi, in his capacity as the Supreme Commander of the Libyan Army, held talks with the Commander of the US Military Command in Africa (AFRICOM), General Stephen Townsend, in Tripoli on Tuesday.

Both sides reviewed the joint security and military cooperation between Libya and the United States.

They discussed efforts to combat terrorism, by working to establish security in areas adjacent to the southern Libyan borders where foreign armed groups and human smugglers are active.

They also stressed the need for the removal of mercenaries and foreign forces from Libya to ensure the stability and security of the county.

An arrest warrant issued for the director of the Libyan…

The Prime Minister conducted an inspection tour to the Police…

The Minister of Culture and Knowledge Development released from prison