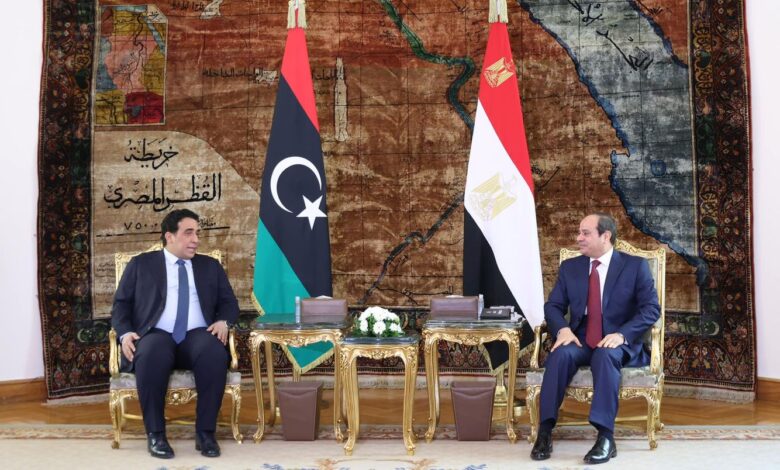 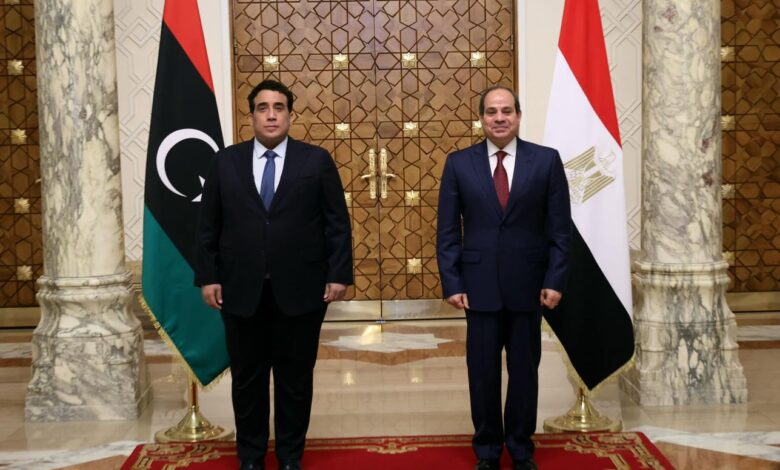 The President of Egypt, Abdel-Fattah El-Sisi, held a meeting with the Head of the Libyan Presidential Council, Mohamed Al-Menfi, at Al-Ittihadiya Palace in Cairo on Tuesday.

The two sides discussed the bilateral relations and the current political situations in Libya, in addition to the ongoing efforts to restore security and stability in the country.

Al-Menfi praised the efforts of the Egyptian diplomacy in supporting stability and peace in Libya.

In turn, the Egyptian president hailed the efforts of the Presidential Council in unifying state institutions, laying the foundations for national reconciliation, and working with all parties to overcome the current crisis.

He reiterated Egypt’s full support for a political solution to the Libyan crisis, in order to achieve stability and to hold free and transparent elections according to a consensual constitutional framework.