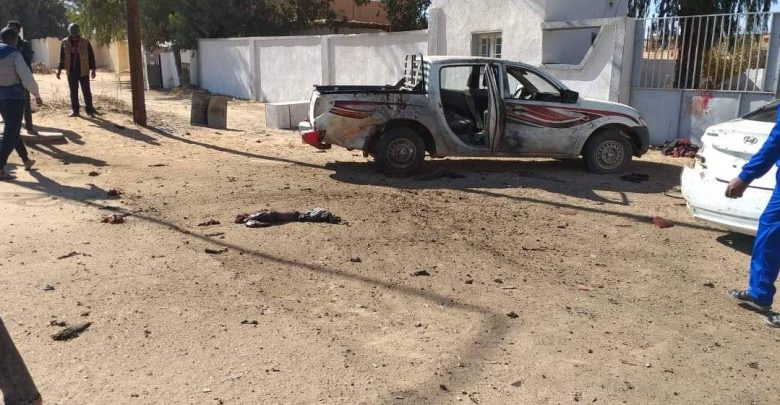 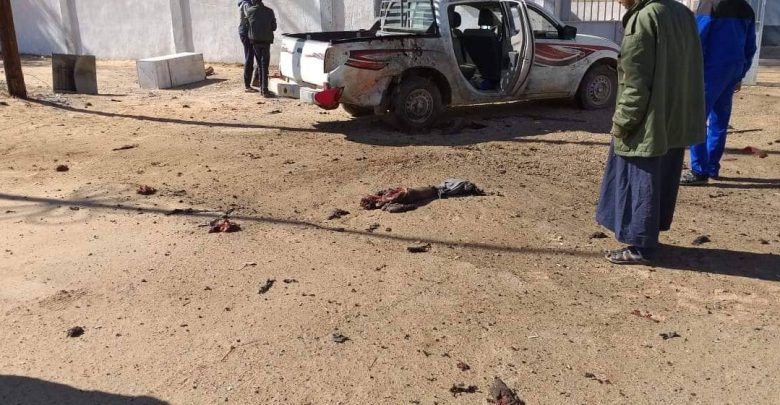 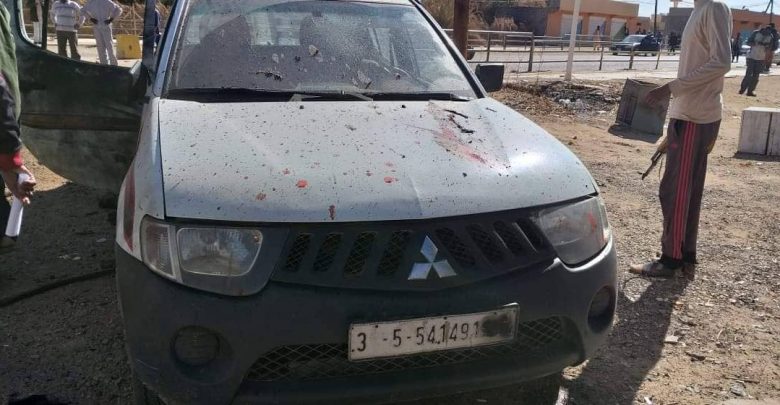 A suicide bomber blew himself up on Tuesday in front of the police station in the town of Ghadwa, immediately after he got out of his Mitsubishi double-cab car. Up to now, there have been no estimates for the damage caused by the explosion, which occurred at midday in Ghadwa town, 60 km south of the city of Sabha.