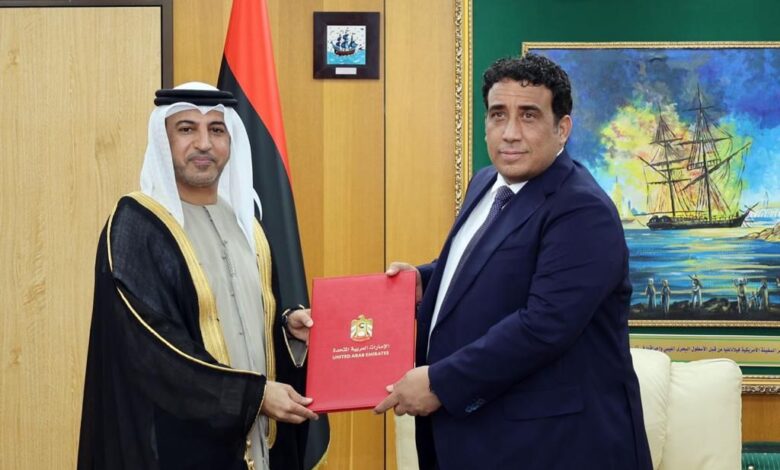 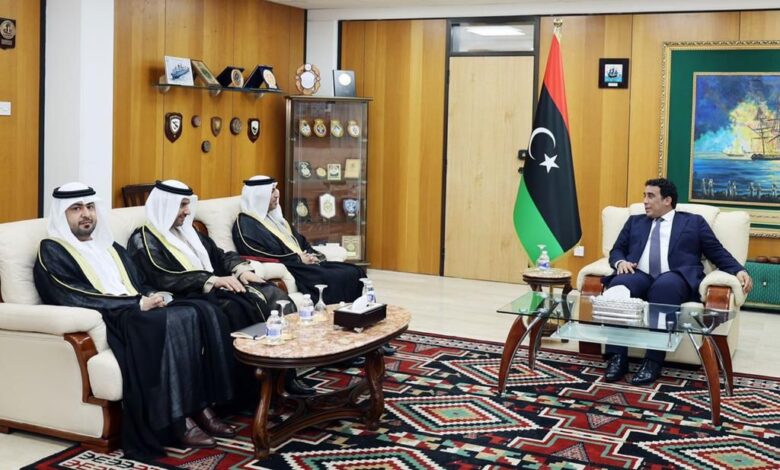 The Head of the Presidential Council, Mohamed Al-Menfi, received the credentials of the new Ambassador of the United Arab Emirates (UAE) to Libya, Mohamed Al-Shamsi.

Al-Menfi welcomed the new ambassador, wishing him success in his new mission to contribute to strengthening relations between the two countries,

He also expressed his wish that the appointment of Al-Shamsi would facilitate the procedures for the movement of citizens between Libya and the UAE.

The strategic vision for the National Reconciliation Project launched

The Libyan Ministry of Foreign Affairs condemns a statement by…

Libyan Foreign Minister receives Libya’s representative to the UN in…