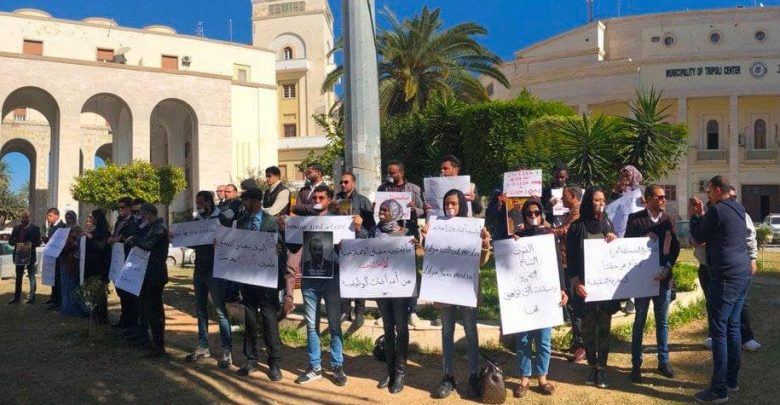 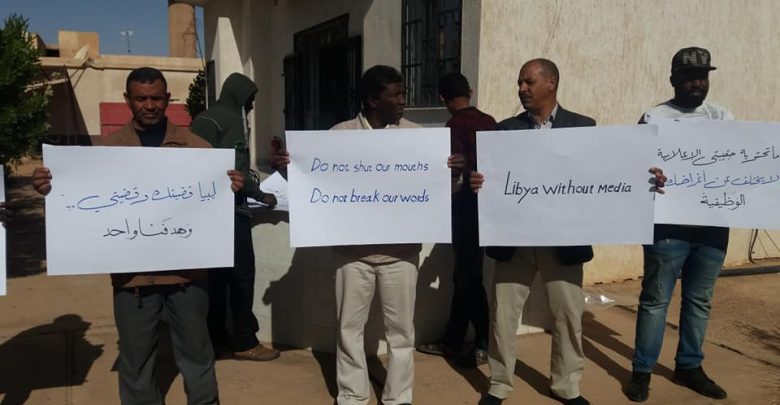 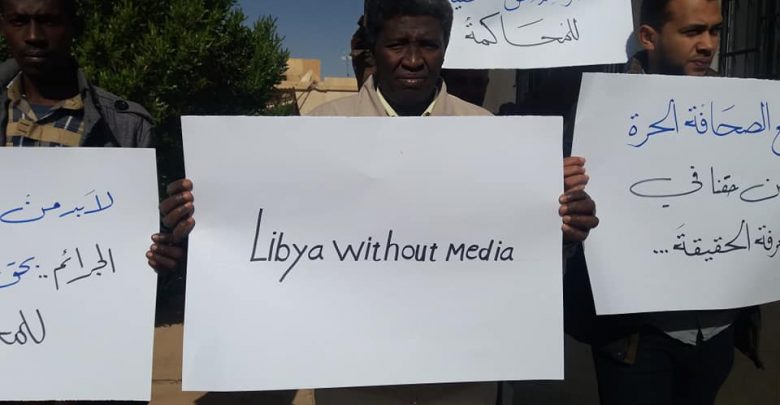 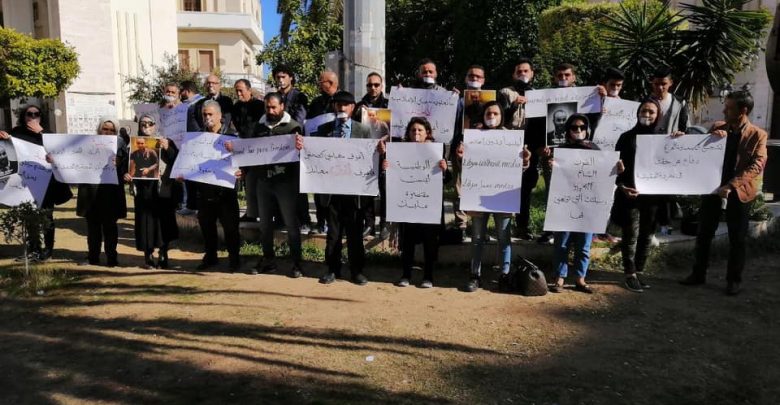 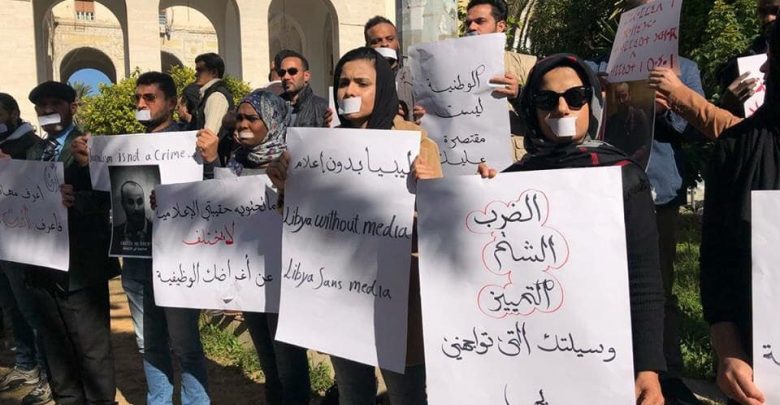 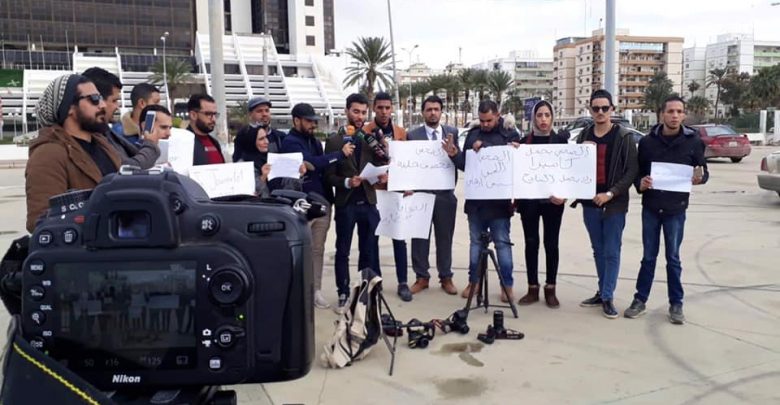 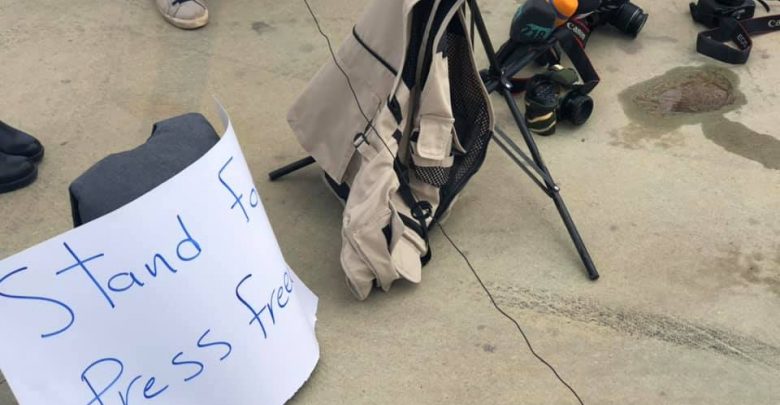 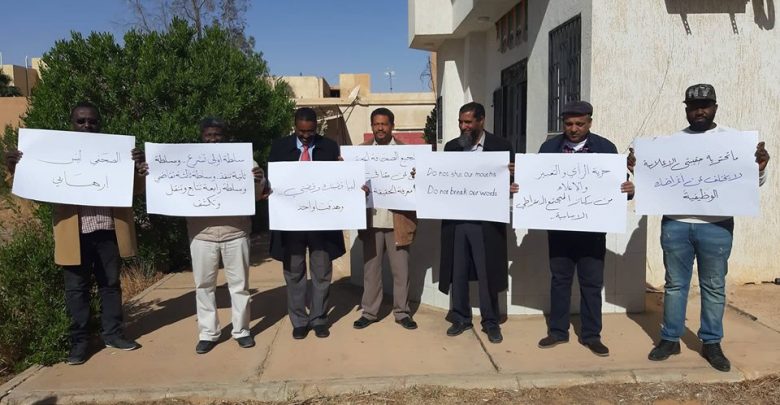 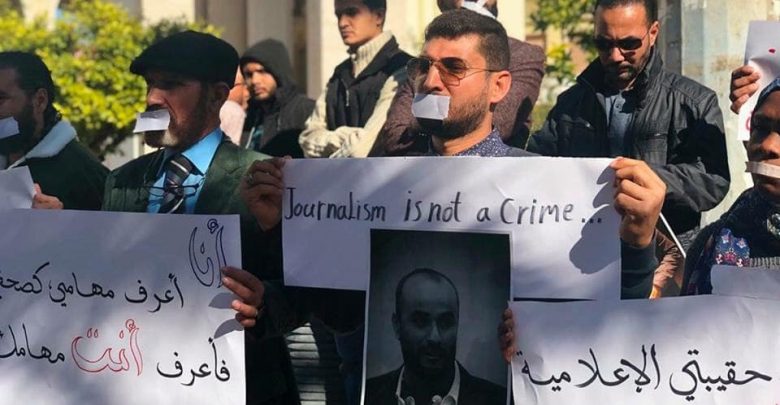 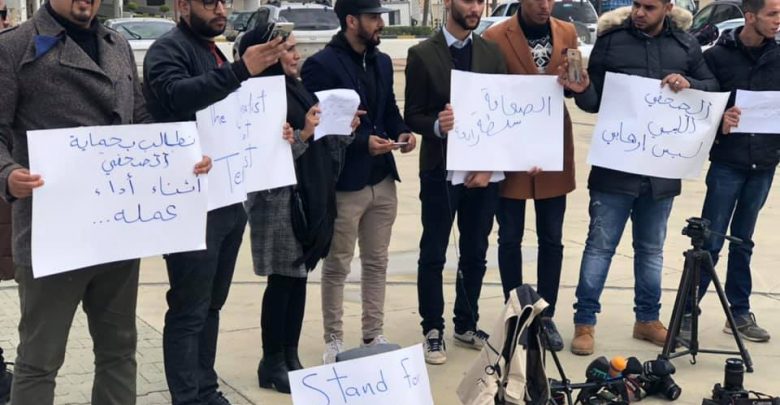 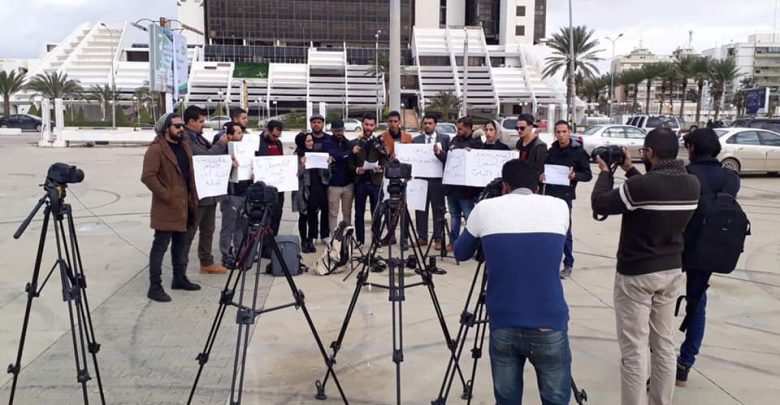 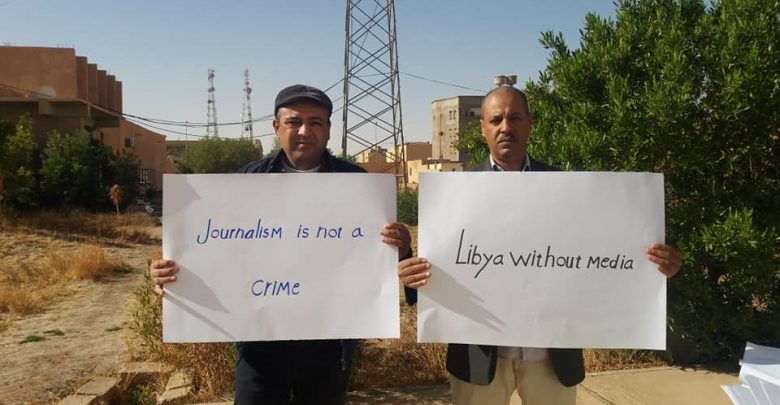 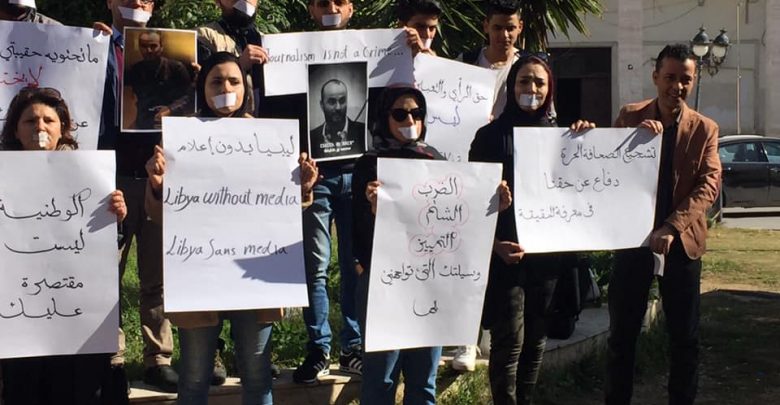 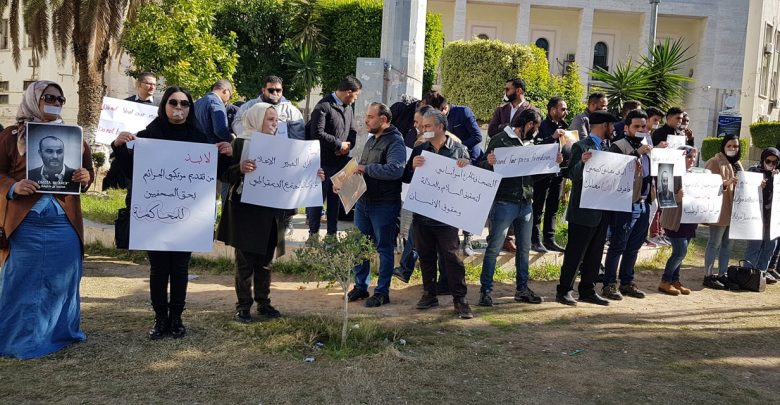 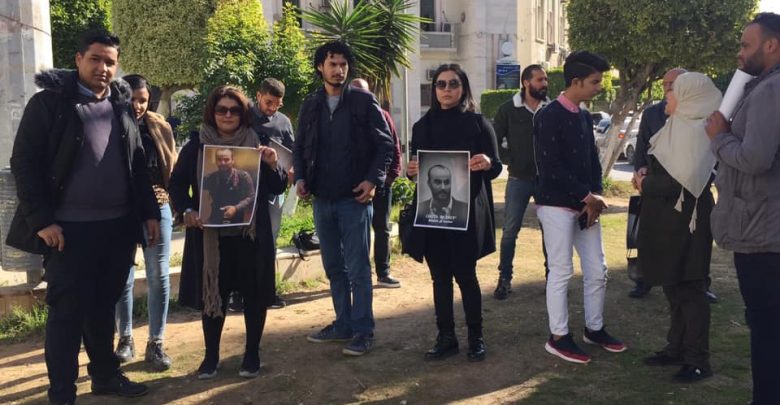 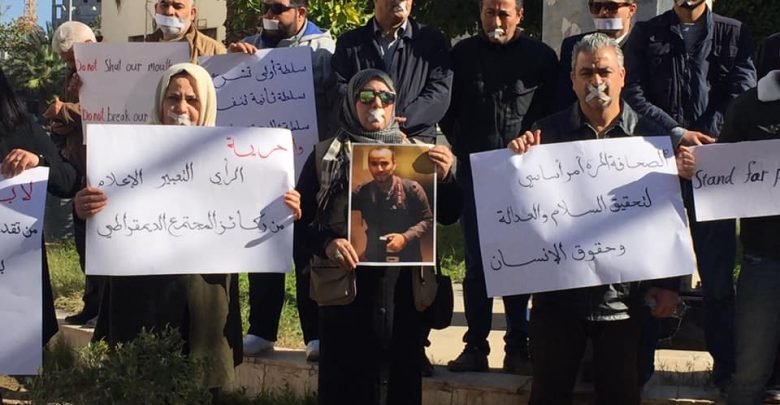 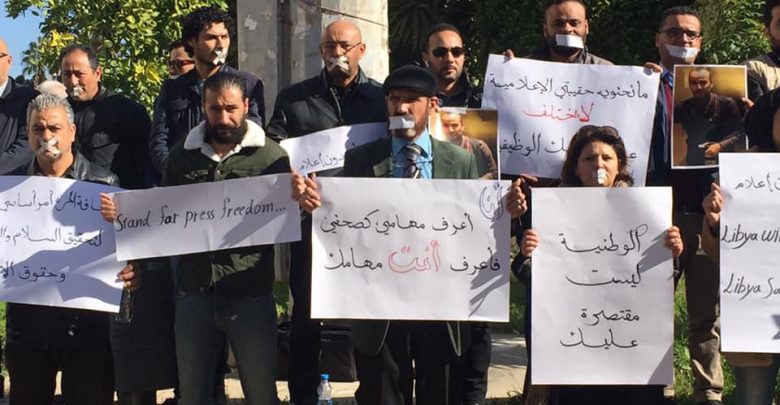 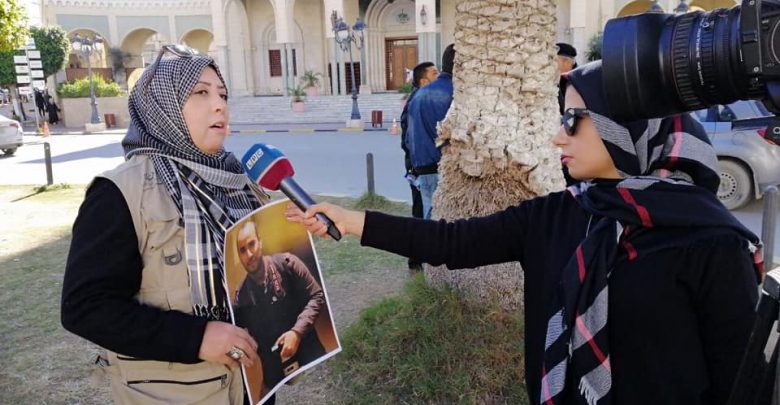 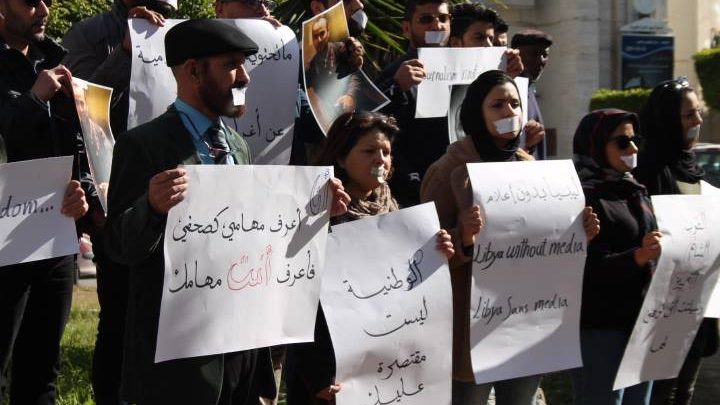 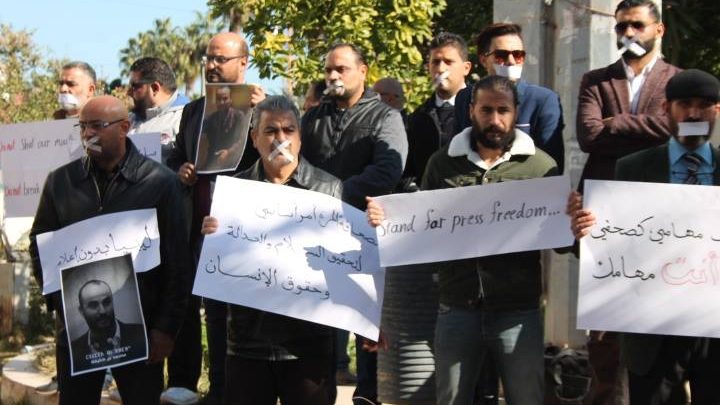 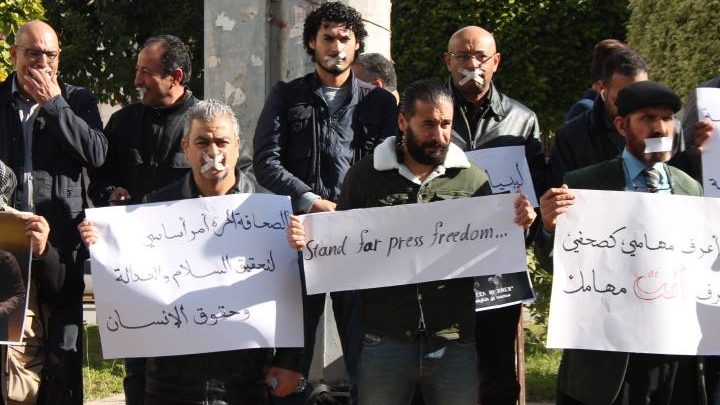 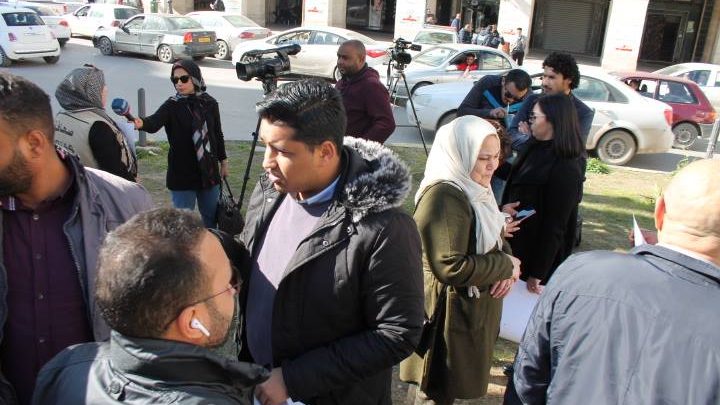 The protest turned into a solemn vigil as a shell killed a photo reporter on Saturday evening. Mohamed Ben Khalifa was documenting the newly erupted clashes south of the capital Tripoli.

The clashes ended the ceasefire brokered by the UN after the clashes in September 2018. In September more than 100 people were killed, in the recent clashes 14 – including the photographer.

He was buried in his hometown Zuwarah on Sunday afternoon. He is survived by a wife and a seven months old daughter.

After several violent attacks Libyan journalists launched the campaign “Journalists are not terrorists” ten days ago. They requested the authorities to respect their work and to respect the citizens’ right for information. The journalists announced not to cover any government activity anymore till their safety, respect for freedom of opinion and expression would be guaranteed and till they would get access to information and facilitation for dissemination of information, which they consider to be the most basic rights guaranteed by international and humanitarian legislation and laws. The campaign included a memorandum signed by more than 150 journalists and media outlets.

The #Libyan_Cloud_News_Agency also signed the memorandum. Its correspondents have been attacked several times.

Protest rally of journalists across Libya