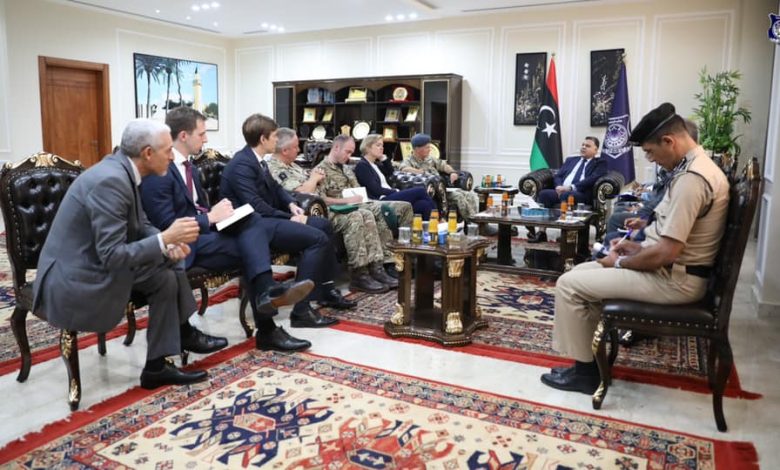 The Minister of Interior of the Government of National Unity, Khaled Mazen, met on Tuesday with the British Ambassador to Libya, Caroline Hurndall, accompanied by the Defense Adviser in the Middle East and North Africa and the military attaché of the embassy.

They also discussed training and enhancing security cooperation between the two countries.

Minister Mazen confirmed to Hurndall the readiness of the Ministry of Interior to secure the upcoming elections.