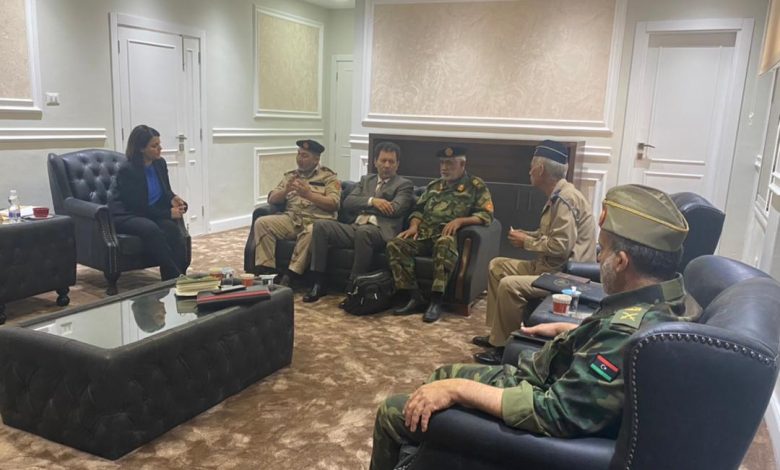 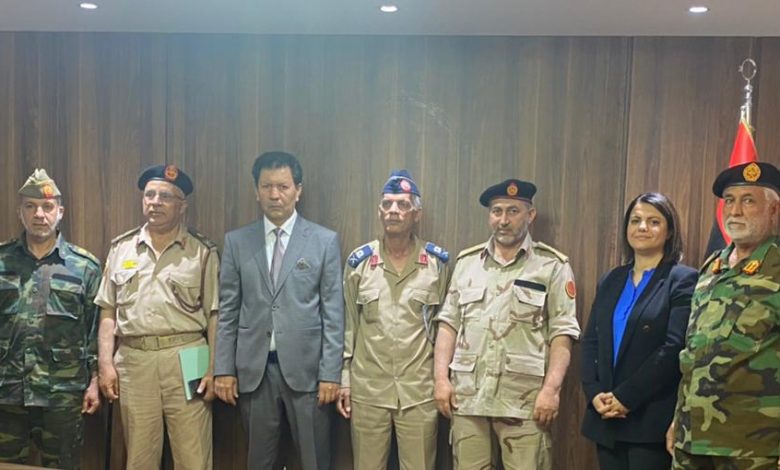 The Minister of Foreign Affairs, Najla Al-Mangoush, affirmed her full support for the work of the Joint Military Committee 5+5 and the efforts of its members to impose the sovereignty of the state.

This came during Al-Mangoush’s meeting with members of the committee at the headquarters of the Ministry of Foreign Affairs in Tripoli for consultation and coordination ahead of the Berlin conference.

Al-Mangoush added that she and the Undersecretary for Political Affairs are working internally and externally to put the terms of the ceasefire agreement into effect and open the coastal road before the Berlin Conference II.

She stressed that she will strive to mobilize international support to implement the entire ceasefire agreement, achieve stability and work to unify sovereign institutions to ensure the implementation of the roadmap for the interim stage leading to the elections at the end of the year.

During the meeting, the members of the committee stressed the need to support the government and the Foreign Ministry in particular to implement the ceasefire agreement in full, starting with the reopening of the coastal road, and the total withdrawal of all foreign forces and mercenaries.