The boat’s commander said that when they noticed the boat 68 kilometers north of Al-Khums, they dispatched a distress call and then coordinated with the operations center. The crew than set sail to the designated place to carry out the rescue operation.

Another boat, “Anwar Libya”, responded to the call and came to the area. It rescued some migrants. Due to the damage of their boat, it was unable to save everyone until the crew of the boat reached the area. The boat of the migrants was found in a bad condition. During their return, food and medical aid were provided by the boat crew.

At the illegal landing point of Al-Khums coast guard, humanitarian and medical assistance were provided by the International Medical Corps and Al-Khums Libyan Red Crescent branches. They were handed over to the Immigrant Shelter Center. Some survivors reported that their boat companions have drowned in the sea. 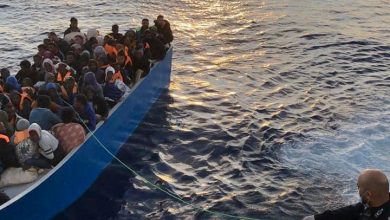 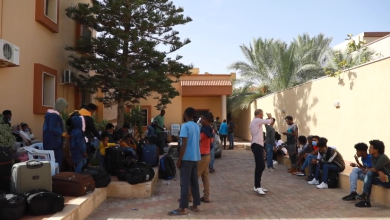