The employees of the judicial authorities in Wadi Al-Haya in south Libya held a protest over the delay in the payment of their salaries.

The protesters said in a statement that they haven’t received their salaries since last January, without any reason.

One of the protesters said that the delay in the payment of their salaries has negatively affected the work inside the courts compound and the employees’ living conditions.

It is noteworthy that the Ministry of Finance in the Government of National Unity transferred to the banks the salaries of March and April for all state employees in the state sectors. 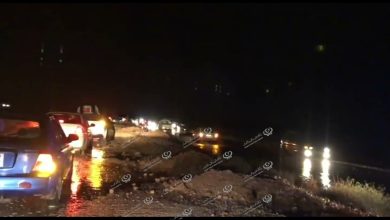 A protest by the Municipal Council of Ghat