In the past few days, the Public Services Company launched the Nalut office under the slogan “A tree in front of each building”, which aims to increase afforestation in the city and to increase the number of trees.

This campaign includes the planting of sidewalks in front of houses and government facilities in addition to the commercial centers, where participated in this campaign the people of the city and some of the scout teams, which have received a wide interaction. 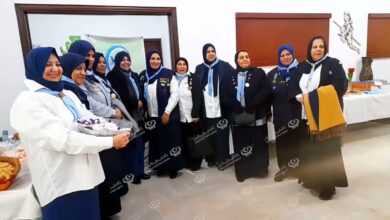