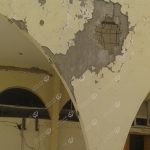 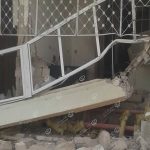 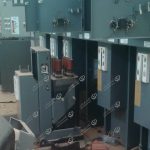 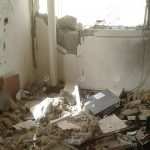 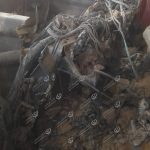 Sabha International Airport is being cleaned of waste after the entry of army forces to secure the airport and its surroundings. “We entered the airport on January 25. After securing the airport with the army, we inspected the airport facilities. We the passengers’ lounge damaged by multiple direct missiles that led e.g. to the collapse of some of the walls of the building”, Obeida, Director of Sabha International Airport, told #Libyan_Cloud_News_Agency in Sabha. The air control tower was severely damaged with the missing six-storey building and the biggest damage to the electricity system. The 11,000-volt cable and sub-cables were stolen.

He added that cleaning company started cleaning work in early February and they are remove waste and aggregates in preparation for the start of maintenance of the tower and the lounge and waiting for the processing of the main power station by the electricity company technician. “At the beginning of next week, we will be installing the special glass for the observation tower and the shipping services building. We expect the processing of the airport to take one and a half months and after we will send the airport readiness report and await the Civil Aviation Inspection Committee.”