The Libyan Union Against Cancer held a workshop on cervical cancer at Khadra Hospital in Tripoli on Saturday, January 11.

The workshop was held in cooperation with Tripoli Cancer Center and the National Center for Disease Control.

The participants discussed symptoms, stages, causes, treatment and methods of prevention of the cervical cancer.

The vice-chairman of the Libyan Union Against Cancer, Asma Jawaili, told the Libyan Cloud News Agency that this workshop is preparation for the awareness campaign on the cervical cancer that will start on January 18.

She added that the campaign will last for 13 days and it will be launched in 56 Libyan cities.

Over a billion dinars allocated for medical supplies

Calm in most of the fighting axes south of Tripoli 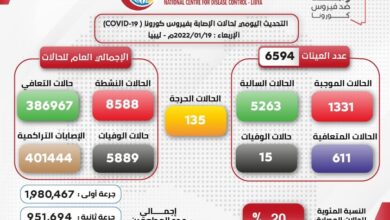 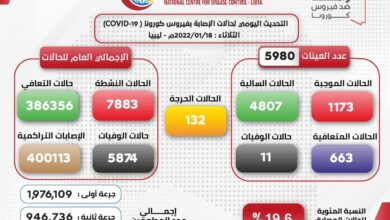 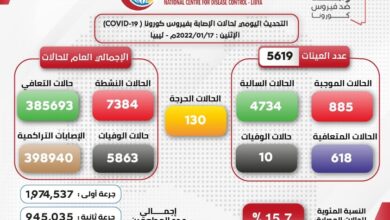 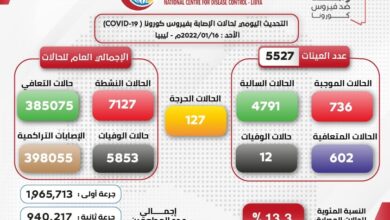