The director of the Department of Joint Diseases, the National Center for Disease Control, Ahmed al-Qarari, said that the mosquitoes, which spread recently in the city of Tripoli don’t cause the transmission of any type of disease.

Al-Qarari denied that mosquito bites caused any complications. He pointed out that the National Center for Disease Control conducted studies on this type of mosquitoes after its spread in Libya in 2016 from Europe.

Al-Qarari explained that the nuisance mosquito is particularly prevalent in the autumn when the conditions are favorable and after the rains.

The National Center for Disease Control, through its personal page, announced the preparation of a campaign to spray mosquitoes on Sunday in the city of Tripoli.

A workshop for peer training in Zuwarah 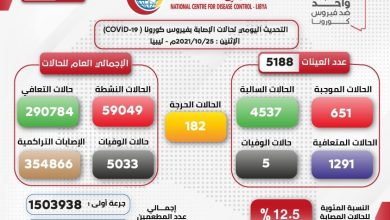 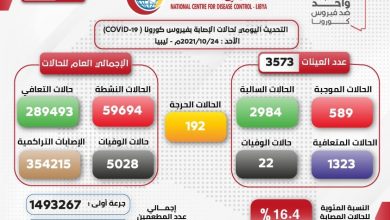 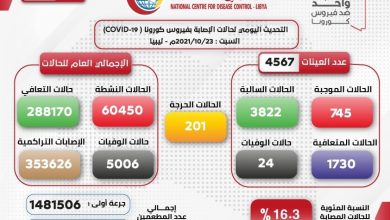 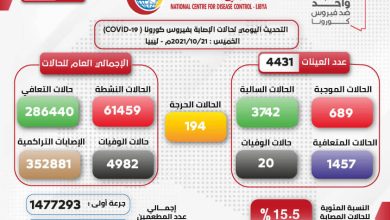