Facebook Twitter LinkedIn Pinterest Reddit Pocket
The companies of the distribution of fuel (Al-rahela, Libya oil joint, the spark of gold, highway services) issued a statement Tuesday in Tripoli regarding the announcement by the Brega Oil Marketing Company. It intends to contract with private gas stations to take the sale and distribution of fuel under its responsibility and supervision. According to the announcement, the distribution companies would be performing their tasks by distributing the quantities of fuel to the stations affiliated to them according to the regulation issued by the company Brega.
The companies objected because of its negative repercussions and direct impact on the citizen. They also don’t want to bear responsibility for the consequences of this decision, as this declaration is not a radical solution to the suffering of citizens and will not eliminate the phenomenon of overcrowded stations and smuggling. They also say that the participation of distribution companies in making decisions and instructions directed to Brega by the National Oil Corporation negatively affected the performance of these companies in providing the best services.
They called on the fuel distribution companies to hold an urgent meeting in the presence of all parties concerned to decision makers (Presidential Council, Ministry of Economy, National Oil Corporation, Brega oil marketing and distribution companies), expressing their willingness to cooperate with all parties in the implementation of decisions that will alleviate the suffering, and improve services for all regions in Libya without exception.
The companies unanimously affirmed in their statement that they will resort to defense and preserve their legitimate and acquired rights in all legitimate ways and methods. In case of non-response, the response will be at the highest level to guarantee the rights of all users according to the statement.
Tags
Tripoli
October 4, 2018
37 1 minute read
Facebook Twitter LinkedIn Pinterest Reddit Pocket
Show More
Share
Facebook Twitter LinkedIn Pinterest Reddit Pocket WhatsApp Telegram Share via Email Print 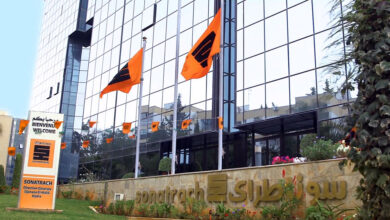